Of our own means and our own ends, in short, of ourselves. And our respect for ourselves—this amounted to the dominant. Rhetoric of the age, which some called sharing, which partook. Of modes of oratory and of polemic, of intimate. Journals and of statements from on high issued by public. Figures, whom at one time or another we all mistook ourselves for. None of it was working. Not our ostentation and not the uses we put our suffering.

To, the guilt- and schadenfreude-based attention. Sensation of true sincerity, of actual truth, quickly emulsified. Into the great and the terrible metastasizing whole. To the point it began to seem wisest to publish only. Within the confines of our own flesh, but our interiors. Had their biometrics too, and were functions not only. Of stardust, the universe as we now were prone to addressing. The godhead, but also of every mean and median of the selfsame.

Vicious culture that drove us to retreat into the jail of our own bones. And the cramped confines of our swollen veins and ducts in the first place. Our skin was the same wall they talked about on the news. And our hearts were the bombs whose threat never withdrew. Into contemporaneous pasts, futures, celebrities, and other. Lovers all of whom our attention paid equally in confusion. And longing, and a fleeting sense like passing ghosts. Of a barely-remarked-upon catastrophe that was over. Both before and after it was too late.

We were ancient. Creatures, built for love and war.


Poetry has been the perfect reality distortion field for me, just above the real, and just below it. But what about the childlike impetuosity and purity at the root of shameless and loving desire? When I wrote that poem I was nauseated by my own expert capacity to find reasons to invalidate my own longings and to push my desires into an infinite future. It felt like it took forever while I was writing it, and then suddenly everything was different.

Everyone who can read can write poetry, and the overeducated, politically anaemic sourpusses need it as badly as the jingoistic meatheads. Poetry takes hardly any time and costs nothing, it is both more difficult and easier to do than it seems, it puts you in contact with the truth while freeing you from the burlesque of truth that shoots into you via the media you consume. No matter who says what is real, it is up to us to experience and discern, and decide what is true for ourselves: this is what it means to be human.

It blows my mind how desperately we seem to want to abdicate this amazing gift. We need more than experience: we need discernment. But I do love that the internet loves astrology. I think this is phase one of the feminisation of this very warped and weird caveman version of the internet.

I think the current craze for it is as much about the mass hangover from the old systems of knowing, which as everyone can see and feel, have made a hellhole of our strange and blue little home. We live on a planet. We are part of a complex machinery orbiting a star in a universe of stars. For me, astrology is just one dimension of a much larger coming-to-consciousness that is beginning all around us while the most virulent forms of evil double down and metastasise.

This returns me to your opening remarks about desire because what embarrassed me so much about these encounters was I knew that deep and not so deep down I desired them.

I am often a little embarrassed when someone I have a crush on reciprocates. Why is it when the world gives us what we want for free we tend to resist, freak out, or get embarrassed? Why is it we kind of want to work for and earn what is already given? 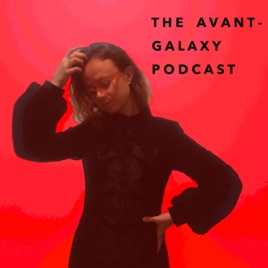 Maybe I should say I instead of we. As for teaching the primary medium of poetry is not language but breath, specifically the breath of the poet marrying the breath of the reader. This is the key to its intimacy, its strange physicality, and the incredible excitement it can provoke. This is also why bad poetry hurts so much.


I would choose a sacred text for us to read liturgically, without context, we would all write, and then we would read aloud, with no talk or comment until everyone in the circle had done their thing. It was kind of an anti-workshop, and an experiment in sacred imagination. Ancient Evenings turned out to be very powerful. Composed as it is from a stunning variety of forms, styles, and registers prose and verse, fiction and non-fiction, astral lyricism and blunt vulgarity , the book tenaciously resists reductive assessment.

As the book elsewhere informs us, cow corpses, once suitably addressed, go practically everywhere: they are present in lipstick and plastic and who knows what else.

The poet rescues and recovers her disintegrated love through willful acts of reading. What is not in doubt is that the world needs saving and that the powers to save it reside in images of nature and may be released through incantation and inscription: phrases are repeated even more often than in the prior books, and the central section of the book revolves around actual meaning non-alphabetic alchemical hieroglyphs.

A state of paradisiacal expectation had existed in the prior works, but only briefly, under a subdued or faded aspect; in Mercury this state is expressed loudly and at length. She gave birth to me.

Reines has written, elsewhere and approvingly, of the maternal fixations of Baudelaire whose prose she has translated and Proust. The Cow , originally, was rescued from a pile of waste material. And I found it. Another one, a young white poet-critic of the avant-garde, a man frequently contemptuous of other poets and mostly justified in his contempt, swears by Ariana.

It appears as if Reines, who adores Ashbery their nocturnal preoccupations and essentially religious sensibilities have much in common , will soon become as central to American poetry today as Ashbery whose first book, incidentally, was fished out of oblivion in much the same manner as The Cow became during the Seventies or Eighties. Reines has already taught temporarily at Berkeley, Columbia, and the New School, among other places, and only a desire to remain at liberty keeps her from teaching permanently wherever she pleases. Poetry becomes a blessing: one not received but rather taken through an active, wounding struggle with a strange being.

The fantasy of new beginnings has a long tradition in America. The desire to divide oneself from the past is, in all likelihood, the sole true continuity in its culture from the past to the present day. This makes for, generally speaking, a sense of history somewhat less than gratifying to those who, by whatever strange fault in their nature, seek out origins and wholeness. Like all things animated by a great will, the dream of America as a blank slate for the spirit has had its great poets: Whitman composing rhapsodies of a self wiped clean of the stains of time transforming outer space to match its inner vision, Stevens carefully demarcating the distance between the Old World and the New in order to extend that distance into the mental infinity he defines as poetry.

What gets less press, though, is the fact that the dream of escaping from the past is, fundamentally speaking, bullshit. Americans, in pursuit of this dream, have invented a host of new grievances and savageries, but such novelties are grounded in the class resentment and the violence inherent to the societies which their ancestors, out of bravery and cowardice, fled. The inchoate insecurities and cruelties harbored by Americans do not mark the end of history, but rather represent its distillation.

We do the term civilization a disservice to associate it merely with castles, palaces, temples, and the like: the brutality on which those structures depended, and which they licensed and perhaps in part excused, is no less integral to civilization than order and beauty, and whoever seeks to end such brutality should begin by explaining its character in full, from the past to the present. Her books possess both the density of real filth and violence and the dreamlike purity of dedication needed to discover the root of filth and violence.

The books are the antithesis of amnesia. But there are keener pleasures than enjoyment, pleasures that inspire the exertion needed to feel them, and these she offers in abundance. The technological evolution, propelled by profit margins, contends that newness guarantees improvement. Most people talking about the internet are reluctant to see the forest for the trees. What forest? Look at all these….